Call for papers on The public understanding of science in Africa 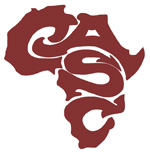 The British Institute of East Africa holds the workshop The public understanding of science in Africa, in Nairobi, Kenya, 22-24th September 2010. The workshop is organised by the Centre of African Studies, University of Cambridge, together with the British Institute of East Africa, located in the city of Nairobi, and The London School of Hygiene and Tropical Medicine, Anthropologies of African Biosciences Group. The organisation is now calling for papers and media presentations enclosed in one of the three panels in which the workshop is organised:

The workshop will bring together researchers, academics, journalists, policy makers, and those working in science education to discuss public engagement with science, and the engagement of publics by science in Africa, in scientific controversies, and through various scientific projects (environmental, medical or technological).

Policy makers often assume that the public lacks knowledge of science, and that its members are irrational, anti-scientific, and in need of education. More recently there has been a move to understanding the public as more differentiated and more capable of engaging with science. However, such moves continue to conceive as the public as lay citizenry separate from scientists and policymakers.

Science does not necessarily engage with a freestanding public, but also creates certain publics; while some publics emerge through relations with science. Thus a public may be a group of people that forms around a particular issue, for example, a conservation project, a health issue, or an issue of access to particular resources. Science gains legitimacy through public engagement, but what is the nature of this engagement, and what ethical issues arise?

The workshop will discuss the following questions: