One Health, convergence of three paths

One Health to rule them all

One Health to find them

One Health to bring them all

and in wellbeing bind them

Free adaptation of the One Ring verse by J.R.R. Tolkien

Health, health and health. Thus we could briefly define one of the most influential concepts on global health of the last 20 years.

In order to announce how interdependent human, animal and environmental health are, on March 4, 2021, the round table “One Health: one planet, one health” was held. This meeting, organized and moderated by the students of the 26th edition of the Master in Scientific, Medical and Environmental Communication of the UPF-BSM, had an audience of around fifty people. 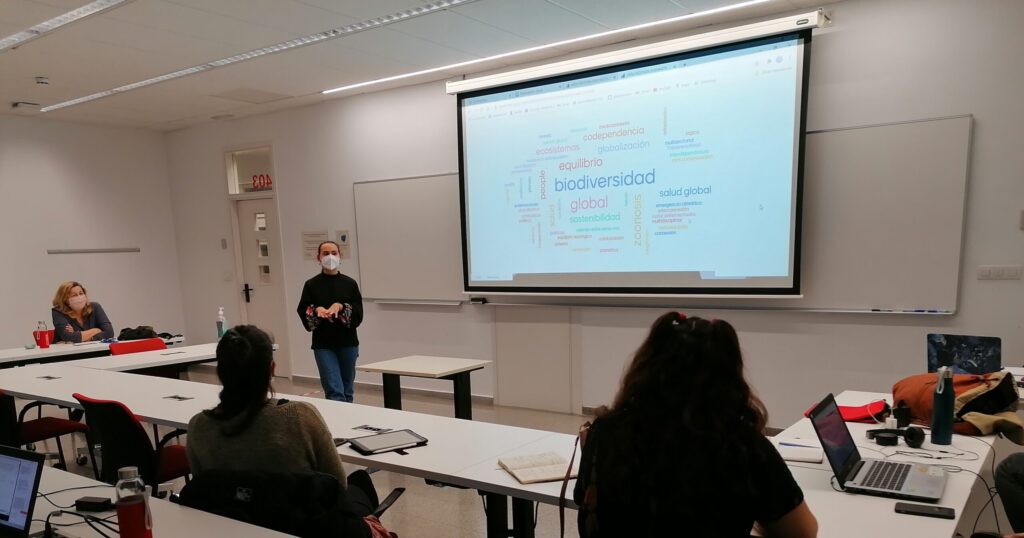 Ana Iglesias, moderator of the session, closed the round table with a word cloud created by the public.

Pere Joan Cardona, director of the Experimental Tuberculosis Unit of the Germans Trias i Pujol Research Institute (IGTP) introduced the session with an atypical view of zoonoses: humans are also a transmitter of diseases. An example of this is tuberculosis (TBC), whose anthropic contagion started in the Middle Paleolithic due to the coexistence in caves, humid spaces without ventilation, that led to the airborne transmission of the bacillus. Given that microorganisms tend to colonize the most abundant species, the increase in the population of Homo sapiens favored the spread of TBC, affecting other species of animals along the way.

In the same line, Laila Darwich who is the coordinator of the Master in Zoonoses and One Health at the UAB, was the second to speak . Coming back to the present, where overcrowding of livestock is a risk factor, Darwich explained that antibiotics have been used in healthy animals in a preventive way for decades. That represents 73% of the consumption of antibiotics worldwide. On the other hand, the abuse of these drugs results in the appearance of antimicrobial resistance (AMR), both in the cattle themselves and in those who consume their meat or its derivatives, causing the loss of their effectiveness. The situation is so serious that AMR is expected to overtake cancer as the leading cause of death by 2050, especially in Asia and Africa.

In Spain, the National Antibiotic Resistance Plan limits its use to sick individuals and as a result, from 2011 to 2018 there was a 34% reduction of its consumption. Unfortunately, there is still a high level of AMR in wildlife, as wastewater and slurry that are used as fertilizers increase the burden of antibiotics in the environment.

Javier Fernández, founding member of the Altekio cooperative and coordinator of the EcoArte project, focused his presentation on the eco-dependence of human beings. “Nature is the vaccine for everything”, since biodiverse ecosystems have three protective mechanisms:

Fernández emphasized that the loss of the quantity, variety and variability of living organisms is related to the increase in infectious diseases in humans. For this reason, he proposes to transform current economic models into biodiversity ecointegrators.

To close the round table, it was Johnattan García’s turn, who is a visiting researcher at the T.H. Chan School of Public Health at Harvard. From a governance perspective, the management of global health depends on the agendas set by countries of the North and institutions with influential capacity, such as the World Health Organization (WHO), the Food and Agriculture Organization (FAO) and the World Organization for Animal Health (OIE).

As a conclusion, García argued that, to move from evidence to action, the role of social sciences and the involvement of civil society are essential.