How citizens can change the world of solar energy

Project GRECO is taking solar energy research out of the lab and into the hands of the people.  As the project launches its app, Generation Solar, Luisa Fernanda Barbosa Gomez – from the Studies Centre on Science, Communication and Society – Universitat Pompeu Fabra (SCS-UPF), part of GRECO research consortium and manager of the app’s development – tells the journalist Rebecca Pool, how citizens will make the difference.

“Citizen science is a movement that’s really been gathering momentum in the last few years,” highlights Luisa Barbosa, coordinator of public engagement projects at the SCS-UPF, Barcelona. “It’s all about taking science out of laboratories and research centres and bringing it to the people. We want to increase the connections between scientists, technology and citizens, so Citizen Science makes perfect sense,” she adds. 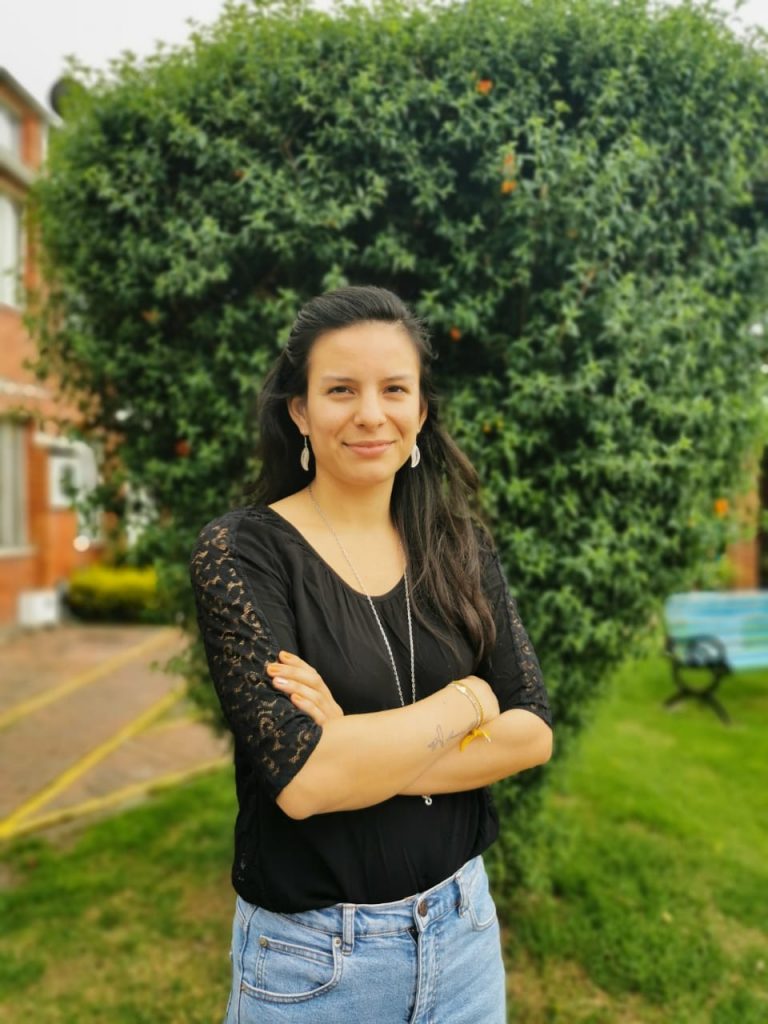 Luisa is spearheading Citizen Science within GRECO. Originally a molecular biologist, she left the lab as she wanted to have a greater impact on Science in general. Initially drawn to participatory science, she quickly discovered Citizen Science – currently being heavily promoted by the European Union – and joined GRECO in June 2018. She hasn’t looked back.

As she points out, some scientific fields, such as ecology and conservation biology, have a long history of citizen science, with, for example, bird monitoring schemes taking place in the early 20th century. However, many fields, including the energy sector, are only just beginning to recognise the valuable contributions that citizens can make when it comes to data collection, analysis and scientific research.

“Engineers in general engage a lot less with citizens than biologists and when you look at energy, it’s very difficult to find any project that is really involving citizens in its research,” she says. “I find this strange as engineers actually work with products that are much closer to the market and GRECO is actually the first Citizen Science project in the energy sector.”

Given that GRECO is entering uncharted territory, Luisa is hopeful that as a Citizen Science project, it will have a huge impact here. Indeed, solar energy is the only democratic energy in the market, which citizens can choose to use or not. What’s more, unlike other energy technologies, solar energy panels actually belong to people’s homes.

From this, it’s clear that solar energy research should be developed with citizens and for citizens. So how exactly is GRECO engaging citizens in solar energy?

From word go, GRECO has wanted to find out how researchers can collaborate with different sectors of society to help introduce photovoltaics on a large scale. As a result, the project has set out to establish a solar energy community, for people that are interested in sustainability and renewability. To this end, a series of mutual learning dialogues have taken place in Brazil, Bulgaria, Germany, Portugal, Spain and the UK. Such activities aim to make research and innovation socially responsible whilst involving the public.

“This community building is so important for engagement,” highlights Luisa. “If people feel that they are a part of the community and their voices are heard then they are more likely to take action.” Participants to these dialogues came from a range of backgrounds including consumer associations, PV installers, neighbourhood associations, universities, electric companies and environmentalists. Overall results from the meetings indicate that research and development can learn a lot from different sectors of society. Importantly, the activities also reveal that a lack of information and even misconceptions surround PV technology, and this can be tackled by improving communication between research and society.

Importantly, the activities also reveal that a lack of information and even misconceptions surround PV technology. “These are all about people getting in touch with each other, empowering themselves and having a space to talk,” says Barbosa. “At the same time, we are also saying to this community of people that shares our interests, ‘please say what you have to say out loud and we will listen’.”

With these results in mind, GRECO researchers have been tackling six lines of research that will benefit both society and industry. These include developing an in-situ repair methodology for photovoltaics, finding ways to produce cheaper and more efficient solar cells, as well as devising improved PV heat-pump systems. At the same time, researchers are also looking at more sustainable irrigation solutions, developing a system to provide energy to buildings up to 8 stories high and are building an aging model for PV modules.

When scientists model future energy system with high renewable penetration, they need to know where today’s solar power installations are sited. They also need information on these installations, such as solar panel orientation and inclination. However, right now comprehensive and openly available data doesn’t exist on this. So, citizens are being invited to sign up to the app and provide – among others – data on solar installations. These solar installations could belong to the user or a friend, or could be sited in a public place. Importantly, citizens will be able to provide data on location, capacity to produce energy, type of module, orientation and more.

Right now, Barbosa is hoping that at least 1000 citizens across Europe will use the app, with data also coming in from around the rest of the world. “We are also looking to work with teachers as many schools already have solar installations,” she says. “Also these teachers will encourage students to think about solar energy.”

Without a doubt, the data will benefit everyone involved. For example, with this data, the app will create a map that shows how many, and where, solar energy installations are installed, and how close different nations are to overall renewable energy goals.

Also, researchers and energy modellers will have immediate access to solar energy data, which in the past, has always been difficult to find and use. And Barbosa is certain that citizens will also reap the benefits.

“People will be able to contact each other in the app, which creates a community of solar energy owners or interested people that can share interests and problems,” she says. “We would also like to provide information on new research and partnerships with industry, including the solar energy installers, as this would give them the opportunity to showcase their product but also offer citizens the chance to visit their facilities and gain more knowledge.”

GRECO’s app being launched now, so what happens next? Luisa explains:  “We will now start to knock on everyone’s doors and get in touch with solar energy installers, companies and people from our community. We hope that GRECO will serve as a platform to raise awareness on solar energy, increase sustainability and promote the energy transition.” 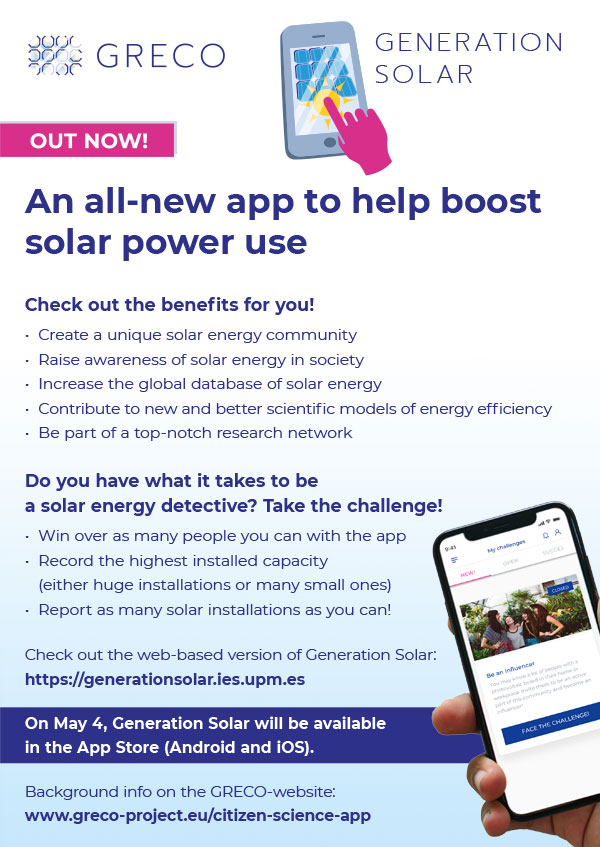