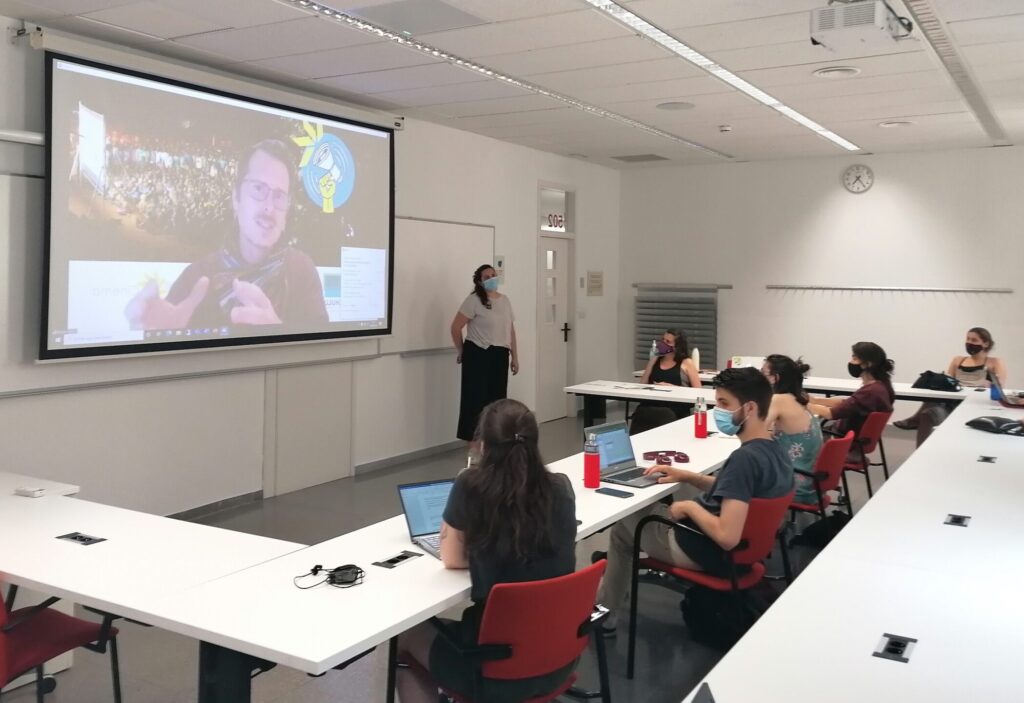 Climate crisis. Social injustice. Pandemics. According to extreme naysayers, life on Earth is falling down. Facing such a troubled world, it’s only natural to ask ourselves: is it really possible to make a change?

On 9 June 2021, the students of the Master’s Degree in Scientific, Medical and Environmental Communication said “Yes, we can!” Coming themselves from different corners of the Globe, this motley crew of 17 science communicators are well aware of their professional challenge: ensure all voices are heard.

“Climate emergency is not just about reducing emissions, but also addressing social-economic changes through a political lens,” said Carla Drury, the hostess, breaking the ice.

The first panellist, Yemi Adeyeye, took the Olympic flame: “Communicators have the power to do that.” The social scientist added: “As custodian of stories, they must respect the message and the people. There’s a face behind every climate refugee experience.”

Irene Iniesta, ecologist and social scientist, added that communicators have the key to break with the traditional model of scientists finding solutions and then going directly to policy makers. “Where’s the people in this equation? Citizens need to be engaged to co-produce knowledge.”

As a storyteller, Rowan Pybus’ mission is to get people moving. “There’s a lot of apathy about climatic social issues, so they need a relatable, local story. A story of their own.”

“Is it possible to bring about a change in our capitalist world?”, asked Carla. The three panellists concurred: change happens at a slow pace, first stemming from a local, immediate perspective and then scaling it up. “Otherwise, we might get frustrated,” said Irene. “And overwhelmed, feeling the problems are insurmountable”, added Rowan. “We won’t be able to break the system down, but rather navigate through it,” concluded Yemi.

At first glance, it may seem Humanity has long surpassed a point of no return, but on their last academic discussion panel, 17 novel science communicators made a statement otherwise: think glocally, build trust and be a drop in the river.