Why are so few popular science books written by women? 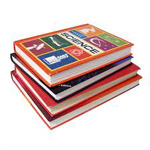 Jo Marchant, the author of the post published in The Guardian Science Blog, Notes&Theories. Dispatches from the Science Desk, wonders this question to herself because there are plenty of women writing about science, but their names rarely make it onto bookshelves or into the shortlist of the Royal Society’s science book prize.
The Royal Society announced last week the list for the 2011 Royal Society Winton Prize for Science Books and all the authors are men.
This prestigious prize was established in 1988 and since then only just nine women have been shortlisted.
There isn’t a lack of women writing about science, so then are these talented women choosing not to write books? Do they find it harder to get book deals? Are their books taken less seriously when they’re published? Do science writers tend to move on to books later in their careers, when women’s professional goals have often had to take second place to childcare?…
Link to the post.